American Creed
Book and Lyrics by Joanne Helfrich, Music by Paul Helfrich
For ten years, the Depression has brought suffering and heartache to the world. In America, unemployment is high and wages are low. Farms are failing and many people are jobless and homeless. But take heart, folks! The Great American Medicine Show is in town to heal troubled hearts and soothe weary souls! Join us in our cathedral-like tent to enjoy the colorful spectacle and the ideals that founded our great country! More info, songs, and video. 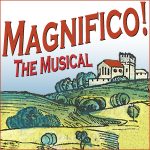 Magnifico! Lorenzo de’ Medici & the Birth of the Renaissance
Book and Lyrics by Joanne Helfrich, Music by Paul Helfrich
Just one night at Villa Careggi shapes the world we know today, as Lorenzo de’ Medici and philosopher Marsilio Ficino bring together those among the most influential in the world–Michelangelo Buonarroti, Leonardo Da Vinci, Cassandra Fedele, Niccolo Machiavelli, Amerigo Vespucci,  and more–to discuss love, life, and the course of humankind. Their wide-ranging discussion will shape the course of history, but will they get it all right? More info, songs, and video. 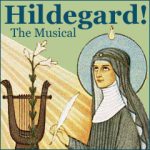 Hildegard!
Book and Lyrics by Joanne Helfrich, Music by Paul Helfrich
Experience the life of Hildegard von Bingen, 12th Century nun, feminist, visionary, social activist, author, composer, philosopher, scientist, healer, saint, founder of monasteries, and Doctor of the Church. This fearless woman took on emperors, popes, and any member of the patriarchy who sought to inhibit care and concern for others. A timeless, relevant story of compassion and courage set to an original score. More info, songs, and video. 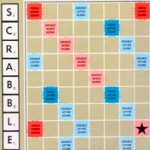 Scrabble
A play in two acts by Joanne Helfrich
It’s been 22 years since a family tragedy ended the weekly Scrabble game our three characters played as youths. This was not your ordinary game, because they used Aunt Mabel’s rules, which included shots of sake, invoking the Guinness Book of World Records, and using sentences that start with “I believe.” Now adults – an artist, a philosopher, and a scientist – they play again, illuminating a mysterious backstory involving how they’ve dealt with – or not dealt with – a tragedy, which the game itself might have had something to do with. Was it a coincidence, a miracle, or both?